Can words act on reality ? by Yoann Ximenes

“Has the world ever been changed other than by the word and its magical medium: the word? “Thomas Mann

“There are men and women who, through their speeches, changed the world: Martin Luther King, Charles de Gaulle, Hitler, Nelson Mandela, J.F. Kennedy, Churchill, … There are moments in the History of Mankind when a speech marks an era, becomes its emblem, a motor of dreams and hope, speaks to the heart and mind, and draws a better future. There are also others which are only addressed to dead, terrible souls, where simplifying truths authorising killing dominate.

Mantras, a corpus of sculptures embodying the emblematic words of modern history, questions the power of these words and questions the performative quality of political discourse.

If words are devoid of power, what is the point of prohibiting, burning books, formatting language and constraining thought? If words were not weapons, there would be no need to silence those whose words worry, exasperate with rage and hatred, the enemies of freedom and truth, the oppressors, the men in the shadows.

Originally a Mantra, a Sanskrit word meaning “instrument of thought”, is a “sacred formula of Brahmanism which has, associated with certain rites, a magical virtue”. The Mantras presented here – aerial sculptures constructed from sound spectra – are emblematic extracts from the speeches of the men and women who have forged modern history through the power of words”.

Here are some excerpts: 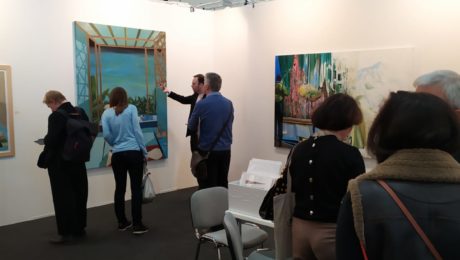 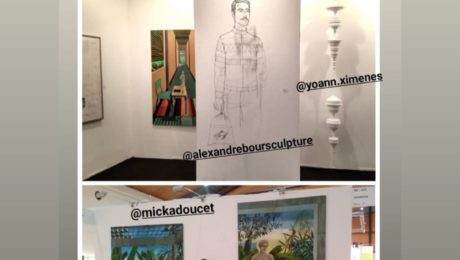 Art Karlsruhe: from 21 to 24.02 “Loyal to the post” because Art Karlsruhe collectors are seduced by our artists, we participate for the fourth time in this German contemporary art fair and always in Hall 2 with our artists Cy Twombly, László Lakner, Manfred Hamm, Christo and Jeanne-Claude, Andreas Lau, Hanna Sidorowicz, Yoann Ximenes, Alexandre Bour, Mickael Doucet and Yannick Fournié.