by Galerie Charron / Friday, 01 May 2015 / Published in Exhibitions 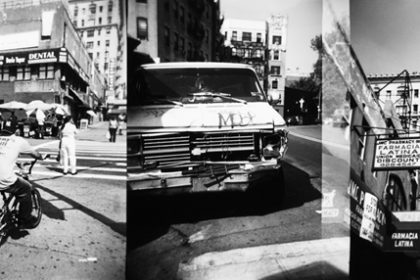 Broadway Mosaics
Project Alien is the story of my unexpected immigration to the United States of America. A crazy adventure about exploration, confrontation and resilience.

Stephanie de Rouge is a French image creator, visual storytelling expert and art project manager based in New York and works as a photography teacher at the International Center of Photography. She creates and manages art projects, designs photography books, offers off-the-beaten-track image creation workshops and contributes to major magazines in Europe and the United States as a portrait and travel photographer.

Some of his images are syndicated by Redux Agency in New York and Interlinks Images in Paris. The Charron gallery in Paris represents some of her artistic projects.