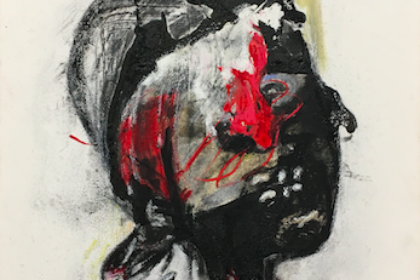 “The news” is usually seen as spectacular. They are remembered as a milestone event that made the headlines. Reported by the media as if to make an attractive fiction, they end up devoid of humanity. With the series “Faits divers”, Rafiy proposes to look at the cause of the news and not at its tragic consequences, which is usually the result of a suffering people. Rafiy is an intranquille that captures the movements of the world and works around the human being caught in the trap of history, daily life and existence. He thus encourages us to a duty of memory different from the one proposed by the media communication tools.