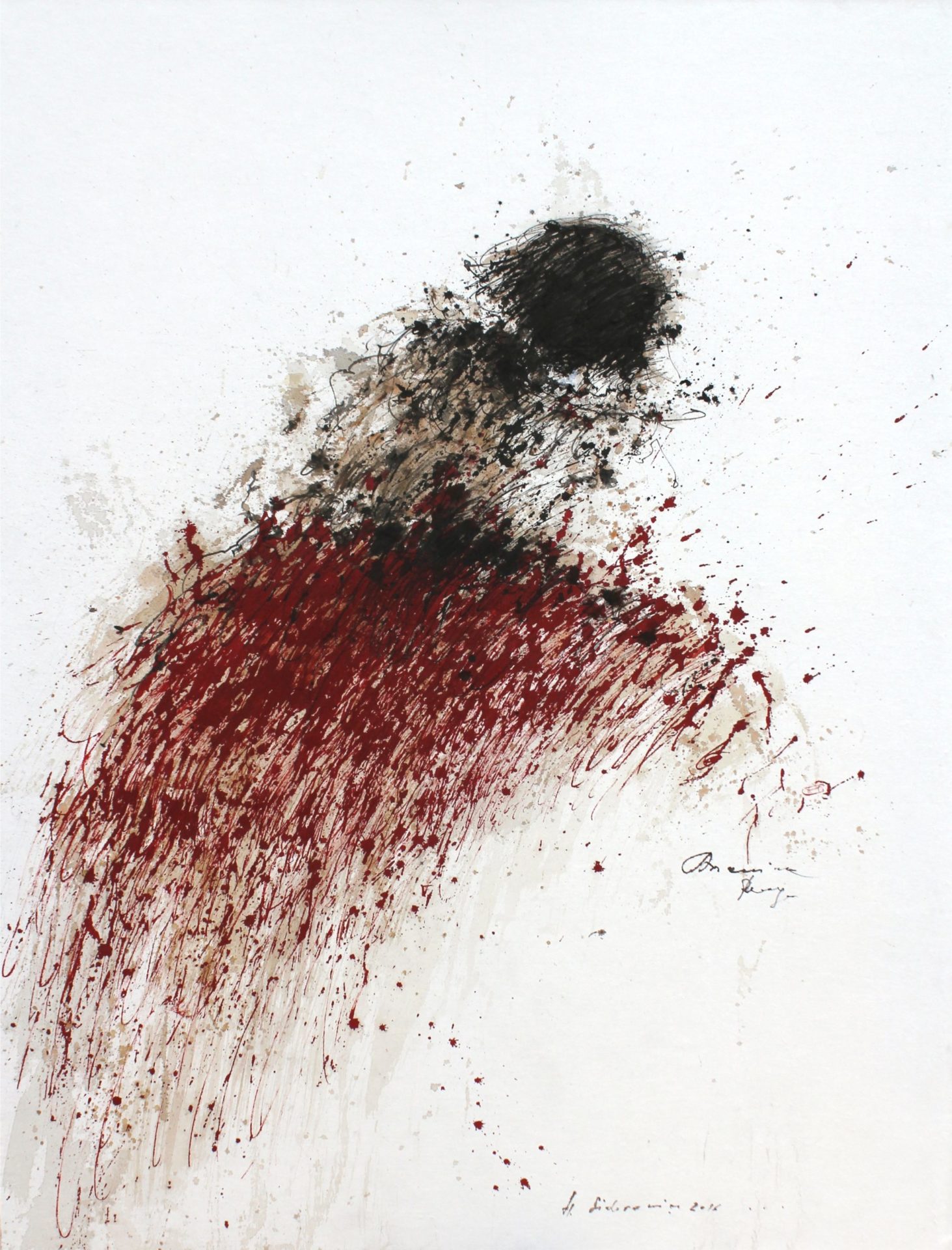 Hanna Sidorowicz born in 1960 in Poland mixes calligraphy and painting to create an art full of symbolism and mystery. She refers among others to the old masters such as Da Vinci. She was quickly taken over by influential actors in the art world such as Pierre Cabanne and Cécile Debray. Numerous exhibitions in contemporary art fairs (FIAC 1990) and art galleries (France, USA, UK, Denmark …) were a success over the next twenty years. Weaving links between past and present, word and image, abstract and real, Hanna Sidorowicz’s work is defined by opposition and synthesis. She pays homage to the old masters (Leonardo Da Vinci or Rembrandt) and to the great abstract painters of American origin, but she also pays homage to the new, drawing inspiration from the spontaneity and dynamism of Impressionist abstract painting. Her paintings breathe a purity and simplicity that hides a complex creative process, a layered evolution, born from the superimposition of different textures, mixing calligraphy and drawing, the creation of a mystery and symbolism that evokes references to the past and to Scripture. Thus Sidorowicz questions the meaning of time, the importance of the past in contemporary creation, and forms his own world, somewhere in the space in between. The compositions develop with this duality: ethereal, sometimes melancholic, the figures are juxtaposed with a solid architectural backdrop, uniting the divine and the earthly, giving presence to the immaterial, this Sidorowiczian universe, populated by angels, the faces of old sages and coloured sketches. Inspired by the paintings of the great masters of the 20th century, it produces a cultivated and refined work, a kind of visual thought embodied in the materiality of colour and line.

Sorry, no products matched your criteria.