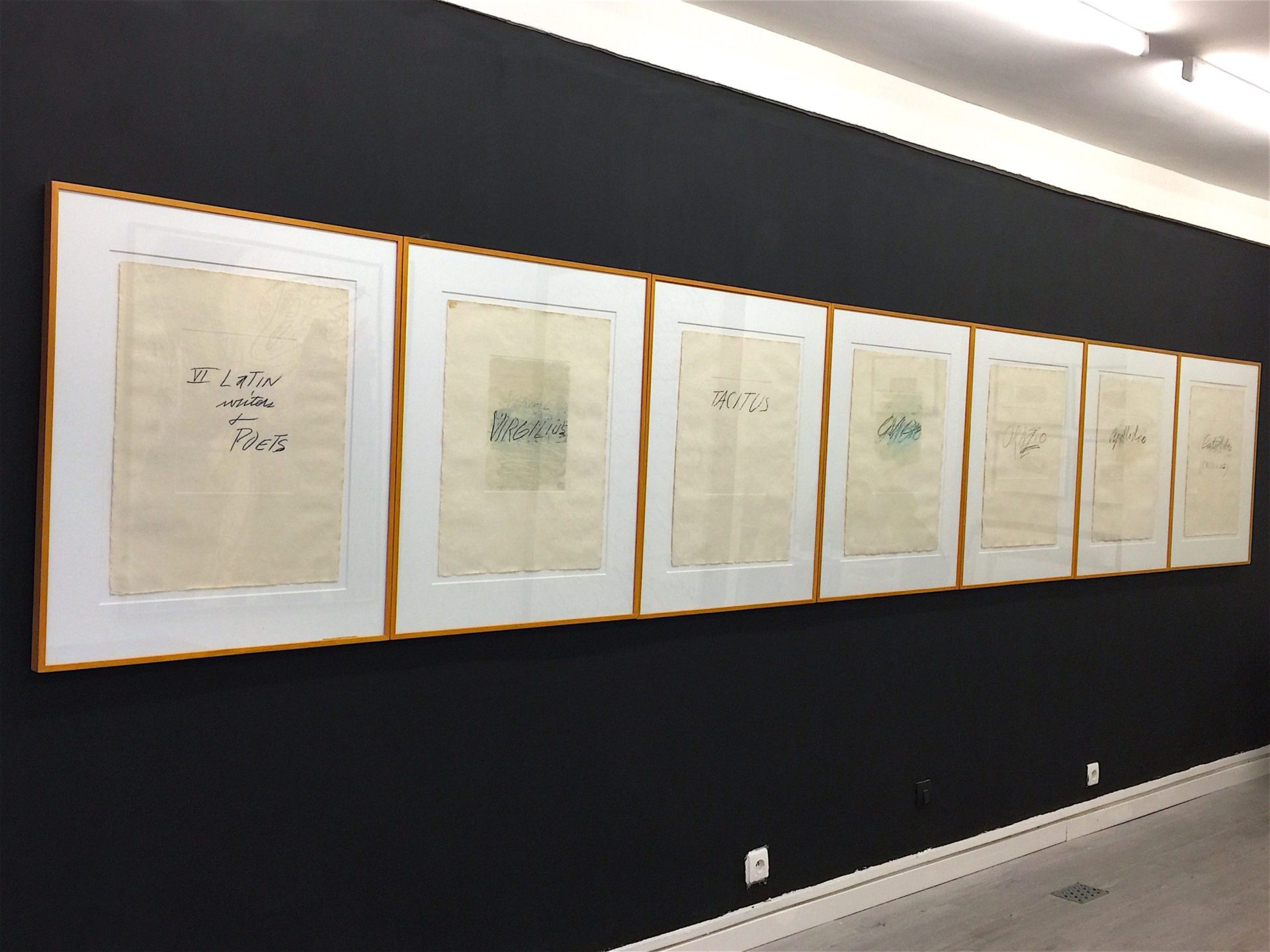 Cedwin Parker (Cy) Twombly Jr. American painter, sculptor and photographer born in Lexington, Virginia was introduced to drawing and painting by the Spanish painter Pierre Daura. He moved to New York at the beginning of the 1950’s to study at the Art Students League where he met artist Robert Rauschenberg (American, 1925-2008), who encouraged him to join the Black Mountain College, at the peak of his influence. Inspired by the professors and other students of these two establishments, the first works of Twombly rely on a gestural abstraction, similar to the work of Franz Kline (American, 1910-1962), but he quickly developed a style similar to graffiti, full of literary references. In 1957, after having roamed Europe, carried out a transition in the army and lived briefly in New York, Twombly finally settled in Italy. He became known thanks to his big paintings of scribble graffiti, which blur the line between drawing and painting, even though he also created a number of sculptures often referencing to mythology. It is difficult for the honest man to analyze and comment on the work of this great artist, who seems to be attached neither to a school nor to a movement. It is made up of pictograms, marks, figures, words, colours, doodles, and, under the apparent impulsiveness, complex. The artist multiplies, sign of his great culture, mythological, symbolic and historical references. Richard Leeman gives keys to decipher the work in Cy Twombly. Painting, drawing, writing. Eric Mézin, the head of the Lambert collection, said that "he was at the level of Matisse. The Moderna Museet in Stockholm will be presenting an exhibition entitled "JMW Turner, Claude Monet and Cy Twombly" in collaboration with the Staatsgalerie Stuttgart and the Tate Liverpool in autumn. It is stated in the introduction that "these are three of the greatest painters of these Last 150 years »